Beginning about 40,000 years ago early man was recording their memories in cave paintings. Much later, he began to write poems and prose. But only in the past 100 years has it become possible for us to record and interpret the world around us through photography.

My wish is that these photographs will speak to you of the world as I have seen and experienced it.

During the 4th millennium BC, the Uralic-speaking peoples who were living in the central and southern regions of the Ural Mountains of western Asia began migrating south and westward. Hundreds of years later their descendants arrived in the area that today is known as Hungary and these people became known as the Magyars. In Hungary today, the people think of themselves and their language with pride as Magyar. 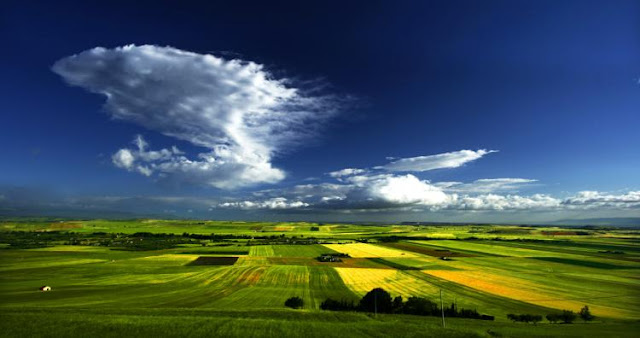 The Steppe or Hungarian Great Plains

Over the centuries the Magyars have assimilated the culture of the many ethnicities with whom they have interacted in all directions from their borders. But still today there is much of Hungarian (or Magyar) culture that reflects their Uralic heritage and the traditions of the Asian Steppe.

During April and May 2018, we will be traveling in central and eastern Hungary in the western portion of the Steppe, locally known as the Great Hungarian Plain. Hungary today is a study in contrast between the sophisticated, clasical, historical city of Budapest with the latest technology and architecture - 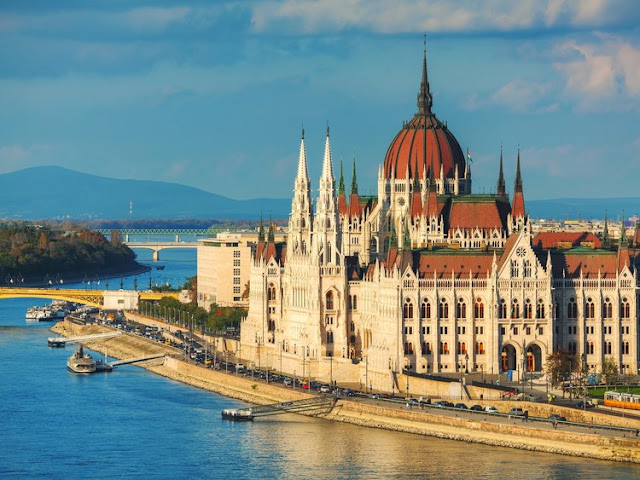 - to the agricultural and pastoral life of the Great Hungarian Plain which still has a horse culture and shepherds grazing their flocks. 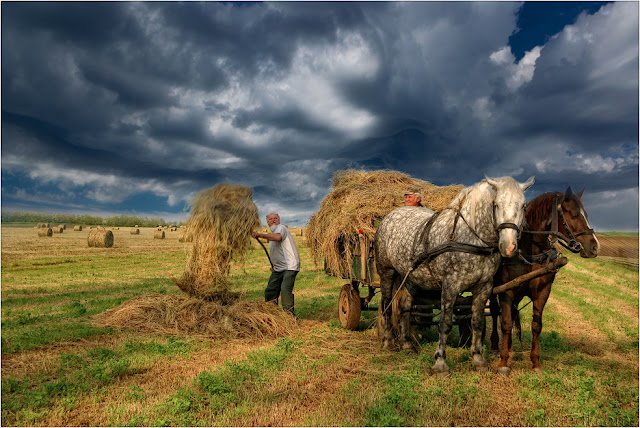 Horses are seen everywhere throughout the countryside. 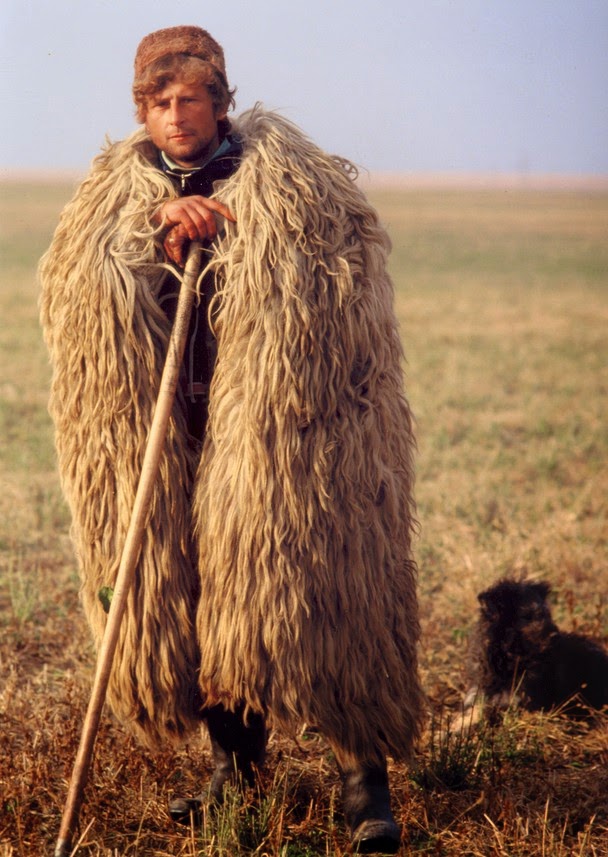 This shepherd keeps warm in winter with a fleece coat.

Posted by Glen Novinger at 3:04 PM No comments: 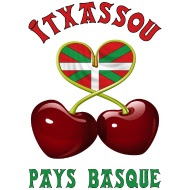 Each spring in the foothills of the western French Pyrenees there is the Village of Itxassou, which is known for 4 varieties of sweet dark cherries. During the first week of June it holds the Fete de la Cerise, or the Cherry Festival. This year, 2016, the Fete will be held on June 4 & 5.

The Festival is like many small village festivals with traditional regional foods, parades, dances, and a sit down community food feast in the street.  And, since this is a Cherry Festival, they feature any number of foods, jams, deserts, ice cream, cakes, and more made with cherries.

The one difference in 2016 Festival is that we are renting a house in Itxassou for the the month of June and will be attending the events personally as we walk from our house to the events on June 4 and 5. 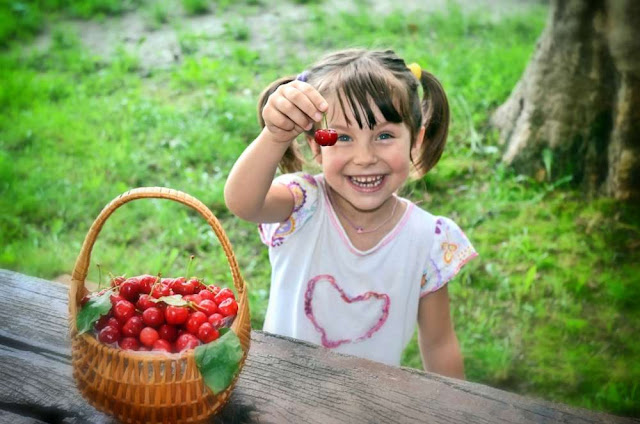 Posted by Glen Novinger at 1:34 PM No comments:

SUMMER IN THE FRENCH BASQUE COUNTRY 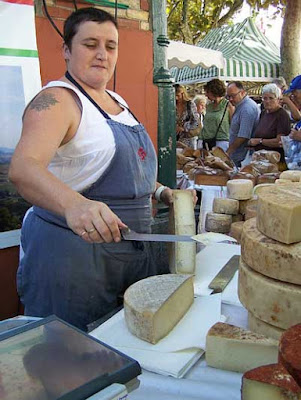 
I can’t help it, when spring comes, I have thoughts of France, the French countryside, and French food which recur with increasing frequency.

Once again my wanderlust and enjoyment of France will be satisfied this summer with an extended stay in the Basque Village of Itxassou in the French Basque Country. Itxassou is located 20 minutes from the seashore of the Bay of Biscay in southwestern France and only 20 minutes from the French-Spanish border. Although the French Basque Country is part of France, the area has a special identity in food, Basque language, history and traditions.

Click the link below for an interesting article by international travel and food writer, Sharon Hudgins.

http://www.europeantraveler.net/taste-of-basque.php
Posted by Glen Novinger at 7:41 PM No comments:

BIRDS OF THE DANUBE DELTA

Because of its critical physical position for bird migration out of Europe and Asia to Africa in the fall and back again in the spring, the Danube Delta attracts ornithologists and wildlife photographers from throughout the world. I took the photos that appear in this book during August and September of 2015 while touring and birding in the Delta. This wetland provides critical refuge for several globally threatened species and is home to 325 bird species, 43 species of mammals, and 135 species of fish. 70% of the world's white pelican population and 60% of the world's pygmy cormorants are resident in the Wetland.

May this photo journal serve to preserve, at least digitally, a few of these bird species.

THIS BOOK IS AVAILABLE ON
AMAZON.COM BY SEARCHING UNDER
THE NAME OF THE AUTHOR

THE DANUBE RIVER:  Originating in Germany, the Danube flows southeast for 1,189 miles, passing through or touching the border of Austria, Slovakia, Hungary, Croatia, Serbia, Romania, Bulgaria, Moldova, and Ukraine before emptying into the Black Sea. 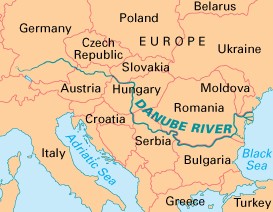 After 6 days in Prague, Czech Republic,  we will travel the Danube River during August and September from Regensburg, Germany to Budapest, Hungary, visiting cities and villages along its route. After an overnight train trip from Budapest to Bucharest, Romania, we will spend 2 weeks in Romania on a birding trip in the Delta of the Danube. The Delta is the largest wetlands in Europe and have a great bio diversity, especially of birds. The last 4 days of our visit to Romania we will visit the medieval Saxon villages on the north side of the Carpathian Mountains in Transylvania.  These Saxon villages were settled during the mid 1200's and still retain medieval ambience. Some 350 of the villages still have stone fortified churches is use from the dates of their construction in the 1200's.

After we complete the above trip I will post photos and comments on this blog of the villages and people along the Danube River.
Posted by Glen Novinger at 4:28 PM No comments: 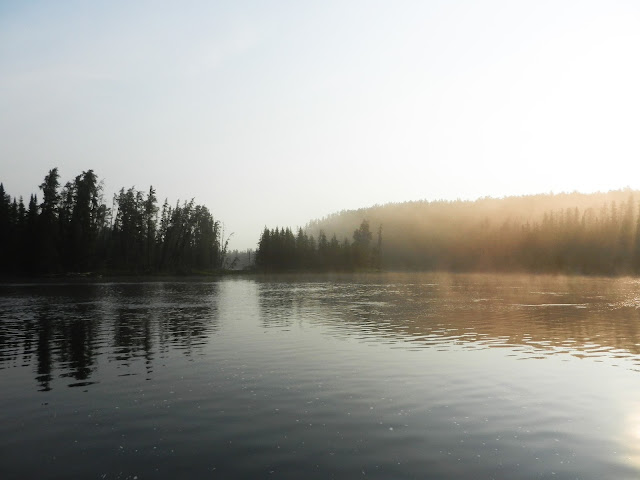 The end of June and the first week of July, 2015, was a great month for our trip to the Wabakimi Wilderness in northern Ontario. With a group of 8 people and four canoes, after driving 500 miles north from Minneapolis, Minnesota, and then taking Via Rail Canada into the center of the wilderness, we spent a week canoeing in a arch north, west and then south through the preserve.  On the last day we were picked up by floatplane and returned to Armstrong Station, our starting point on Via Rail.

The trip was a change from our lives in the urban grid in Austin, Texas, and gave us a chance to once more experience life in a wilderness that has been little changed by man. We enjoyed star filled skies, unnamed lakes & streams, trees and spongy moss 6 inches deep, and moose and timber caribou. Wabakimi is one of the few true wildernesses remaining in North America. 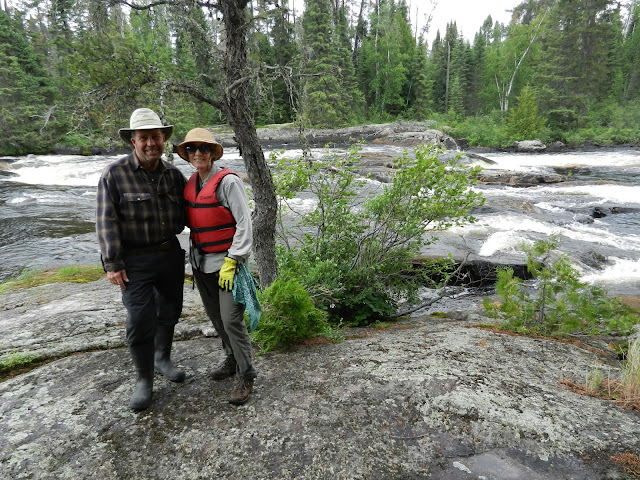 For a collection of Wabakimi photos, please visit my photography site at: GlenNovinger.smugmug.com
Posted by Glen Novinger at 2:47 PM No comments: 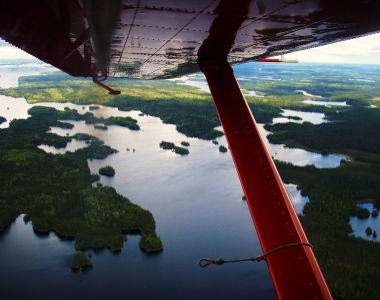 Only once in a while does the opportunity come to explore and experience a true wilderness.  This is what we will be doing the first week of July 2015 when 8 of us canoe into the center of the Wabakimi Wilderness Preserve in northern Ontario on a Sierra Club Outing led by Terry DeFraties.

Wabakimi is the world's largest wilderness canoe preserve with world-class wilderness canoeing, including over 2,000 kilometers of lake and river routes. The Preserve is a pristine wilderness with opportunities for wildlife viewing as well as sport fishing and hunting. It is situated on the traditional lands of several First Nation and Aboriginal communities.

After the trip I plan to have several photos of this area to share but in the meantime here is a link to some photos from Wabakimi Provincial Park and Wilderness Preserve.

https://images.search.yahoo.com/search/images;_ylt=A0LEV19UbcBULx4AzI1XNyoA;_ylu=X3oDMTB0aDJ1MXI3BHNlYwNzYwRjb2xvA2JmMQR2dGlkA1ZJUDU0Ml8x?_adv_prop=image&fr=aaplw&va=wabakimi+provincial+park+in+armstrong+ontario
Posted by Glen Novinger at 9:32 PM No comments:

Join this Blog - Get new postings!